Day of Action to Save Australian Shipping: International transport workers hold rallies around the globe to support Aussie seafarers

Thousands of international transport workers and their unions will take part in rallies outside Australian embassies and consulates around the world today, as part of a global day of action to support Aussie seafarers and demand a strong future for Australia’s domestic shipping industry.

The day of action, involving workers on every continent, has been organised by the International Transport Workers’ Federation to highlight the fact that the future of Australia’s domestic shipping industry is hanging in the balance at the Federal Election.

Australian seafarers will also hold a series of events in a number of cities and regional centres, sending a clear message that to save Australian shipping, the country needs to change the rules, and to do that voters need to change the government.

ITF Cabotage Task Force chair Jim Given said transport workers around the globe stand shoulder to shoulder with Aussie seafarers and will not sit idle while jobs are taken from the Australian coast. 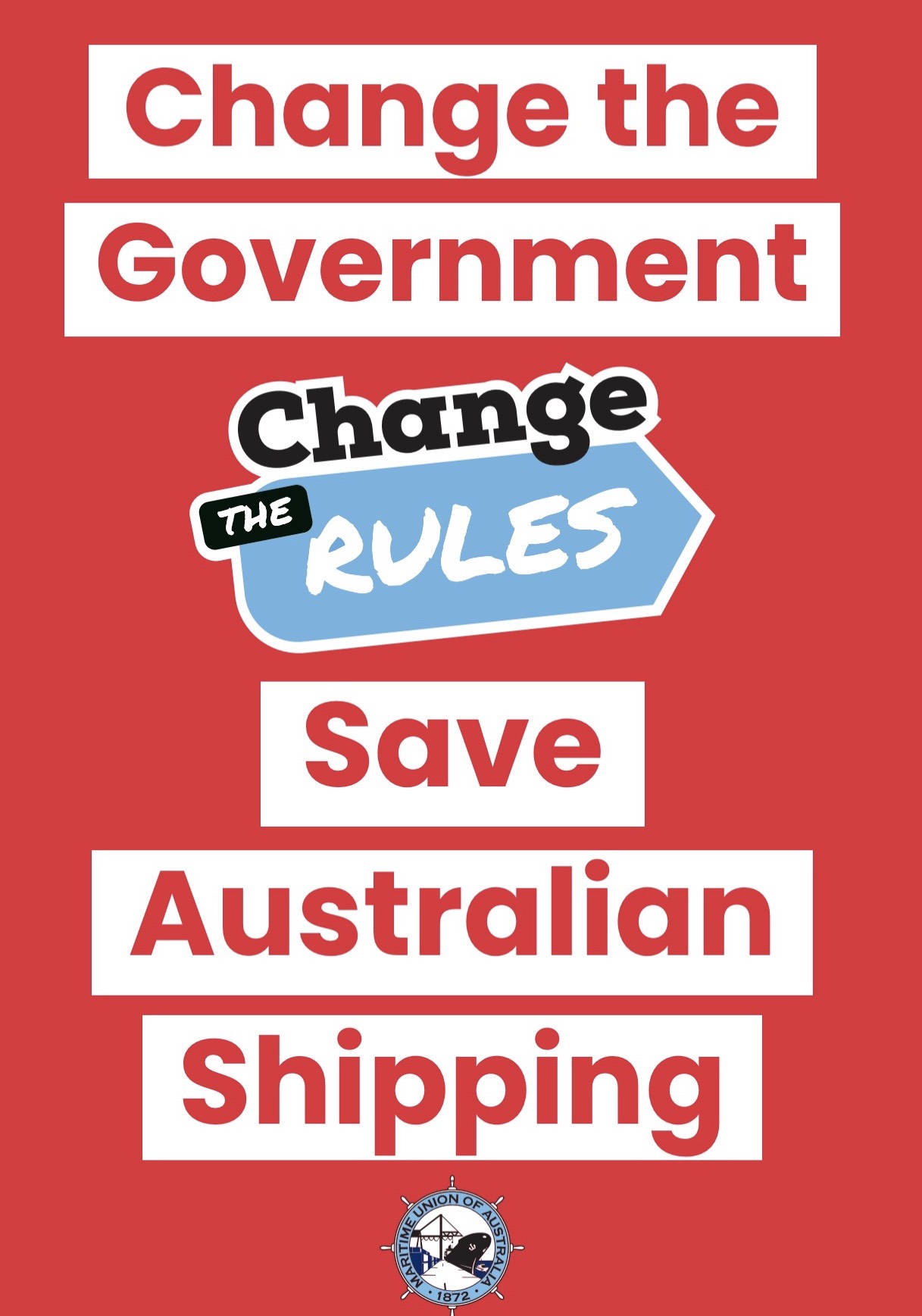 “The current conservative government in Australia has taken an active position not to support the domestic shipping industry that has resulted in the decline of Australian flag vessels and the loss of thousands of Australian seafaring jobs,” Mr Given said.

“The opposition Labor Party have declared their support for Australian seafarers and promised to implement a coastal trade policy with an Australian strategic fleet if elected. This is not only good news for the MUA but good news for the cabotage fight globally as it will be another example to help guide the worlds’ policy makers.”

Maritime Union of Australia national secretary Paddy Crumlin said the election was a referendum on the future of Australia’s coastal shipping industry, with the outcome to set a precedent for other nations.

“The Liberals and Nationals have driven a race to the bottom on the Australian coast, with highly-skilled Australian seafarers replaced by flag of convenience vessels registered in notorious tax havens and crewed by exploited foreign visa workers paid as little as $2 per hour,” Mr Crumlin said.

“Just this year, the Federal Government not only stood by when BHP axed the last two Australian iron ore vessels — ending a trade that had existed for a century — but it signed off on the temporary licenses that allowed the 80 Aussie seafarers from those vessels to be replaced with exploited overseas visa workers.

“The Federal Government hasn’t just sat on its hands while Australia’s shipping industry shrunk, it actively supported that decline by signing off on temporary licenses that allowed Aussie seafarers to be replaced.

“Voters have a real choice at the election, with Labor committing to the creation of a strategic shipping fleet made up of Australian-owned vessels crewed by Australian seafarers. Labor has also promised to tighten up the enforcement of out coastal shipping regulations, closing the loopholes that allow local seafarers to be replaced by exploited foreign workers.

“You can’t have a strong, secure economy if the nation is completely reliant on foreign vessels to provide our fuel, bring in our goods, carry our exports, or move products around the coastline.

“That’s why our members have been campaigning hard in their local communities to highlight that if Australians want to see a strong domestic shipping industry, they need to change the government so we can change the rules and Save Australian Shipping.

“The fact that thousands of transport workers around the world will be joining this global day of action highlights the importance of this fight and the global significance of saving Australia’s shipping industry.”