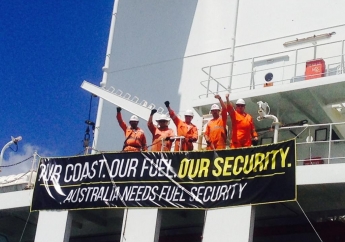 The Morrison Government is being urged to work with industry, unions, and experts to solve critical vulnerabilities in the nation’s supply chains after a leaked Defence Department report revealed essential services would break down within months in a major crisis.

The union also urged the public release of the full report, commissioned by the Defence Department and produced by Engineers Australia, saying the public had a right to know exactly what impacts a breakdown of international trade could have on key sectors of the economy.

The MUA has warned repeatedly that Australia’s reliance on foreign-owned shipping — which carries 98 per cent of the country’s imports and exports — make our island nation highly vulnerable to disruptions caused by natural disaster, military conflict, or economic crisis.

The union has been advocating for action since 2015, including through submissions to parliamentary inquiries and by commissioning shipping expert John Francis to produce a report, ‘Australia’s Fuel Security – Running on Empty’, which examined the nation’s reliance on foreign-owned tankers to supply petrol, diesel and jet fuel.

“This Defence Department report has vindicated our repeated warnings that Australia is incredibly vulnerable to any major crisis that impacts on international trade, revealing how quickly essential services and the broader economy would grind to a halt,” Mr Bray said.

“Of particular concern are indications that essential services like clean water could be impacted within weeks, along with our health system, while the fuel needed to transport food and essential goods would run out in less than two months.

“Australia has received a clear warning from COVID-19, which has shown how quickly shortages of health products and essential consumer goods can occur when supply chains are impacted.

“Unless there are actions taken to address these risks, a future military conflict, natural disaster, economic crisis or pandemic that cuts seaborne trade will result in catastrophic consequences.”

Mr Bray said the union was urging the Morrison Government to release the full Defence Department report and convene an urgent round-table of experts, including industry representatives and unions, to develop potential solutions.

“There are solutions available that would make the country more resilient to a crisis, such as creating domestic stockpiles of fuel and other essential products, increasing local manufacturing capacity, and creating a strategic fleet of Australian-owned vessels to carry essential goods, but they will need cooperation and clear leadership to deliver,” he said.

“The COVID-19 crisis has provided an unprecedented opportunity to put politics aside and work together to defend our nation’s long-term interests by securing supply chains and addressing clear vulnerabilities.

“The union has been warning for years that the decline of Australian shipping is a national security risk — a view vindicated by this Defence Department report — which is why we continue to urge the Australian Government to invest in the creation of a strategic fleet.

“When 98 per cent of our trade depends on foreign-owned ships, with no guarantee we could continue to access them in a crisis, it is clear that we are in an incredibly vulnerable position.”