The Maritime Union of Australia (MUA) has accused large multinational companies BHP and BlueScope Steel of using the January holiday period to quietly sack nearly 80 Australian seafarers and replace them with $2 an hour exploited foreign labour on the Australian coast.

MUA National Secretary Paddy Crumlin said the union has been informed that the MV Mariloula and MV Lowlands Brilliance would be dumped immediately – the last remaining Australian ships that have serviced BHP and subsequently Bluescope steelworks in this country for more than 100 years.

“This is a national disgrace,” Mr Crumlin said. 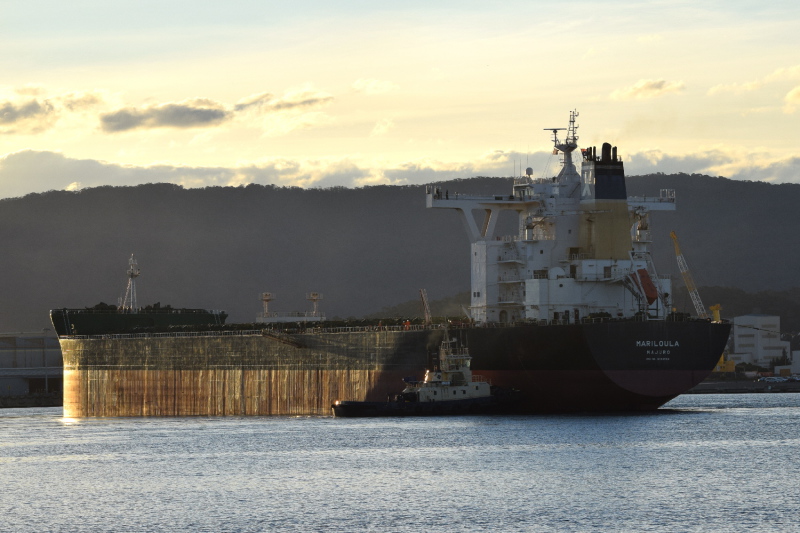 “Many, many Australians have known someone who worked on the famous fleet of BHP iron boats, yet the company wants to end more than 100 years of proud trade by sending a couple of sneaky emails in early January.

“One in eight merchant seafarers died defending this country in two world wars and their legacy deserves a lot more than this treacherous, underhanded attempt to dump Australian workers ahead of a federal election.”

The union has written to the company demanding answers.

“It is with great surprise and regret we received notice from BHP informing the impending removal of the MV Mariloula and MV Lowlands Brilliance from freight services contracted to BlueScope and consequently, their removal from Australian coastal and international trade,” the correspondence says.

“The decision has the potential to devastatingly affect Australian seafarers and will see BlueScope’s supply chain effectively removing Australia labour from the local Australian industry, being replaced by highly exploited foreign crews paid as low as $2 per hour.”

Mr Crumlin said the MUA remains deeply concerned with BlueScope’s lack of consultation and discussion prior to the announcement by BHP, as well as the fact BlueScope is planning to shut down a trade that has run successfully for more than 100 years when alternatives are available.

“The union understands there to be considerable availability of Cape Size Bulk vessels suitable for the BlueScope freight task currently performed by the MV Mariloula and MV Lowlands Brilliance,” the letter says.

“We urge BlueScope to utilise Australian seafaring labour in its local supply chain. Australian seafarers have serviced BHP and subsequently Bluescope steel works in this country for more than 100 years.”

Mr Crumlin said the MUA had historically worked constructively with both BHP and Bluescope to meet cabotage requirement, including pay freezes during periods of economic downturn.

“This contribution to the company by Australian seafarers deserves ongoing certainty of their employment in BlueScope’s shipping supply chain. We note that during the period of wage freeze by workers including seafarers the Company made a $1.6 billion profit,” the letter says.

Mr Crumlin said the move was particularly galling given the current shipping arrangements do not expire between BHP and Bluescope until June this year and that his brief discussions with company management had shed no light on the reasons behind the decision.

The MUA is now requesting a meeting with BlueScope, BHP, maritime unions and the AWU to ascertain the real facts behind BHP’s decision to dump current shipping arrangements and to further discuss what will occur between now and June.